Beds Through the Ages

One of modern times’ simplest pleasures is climbing into a warm, cosy, comfortable bed to rejuvenate and rid ourselves of the stresses of our busy days.
But in earlier times the modern conveniences of fluffy pillows and sturdy mattresses could very well have meant stone for a pillow or a bed made of flea infested straw.

While people since the beginning of time have generally allocated a singular spot to rest their heads at night,
details of what constitutes a bed have changed quite a bit through the ages.

Here is a brief history of beds…throughout history.

Take pride in quoting that according to National Geographic, the oldest known mattress was discovered right here in Kwazulu Natal! 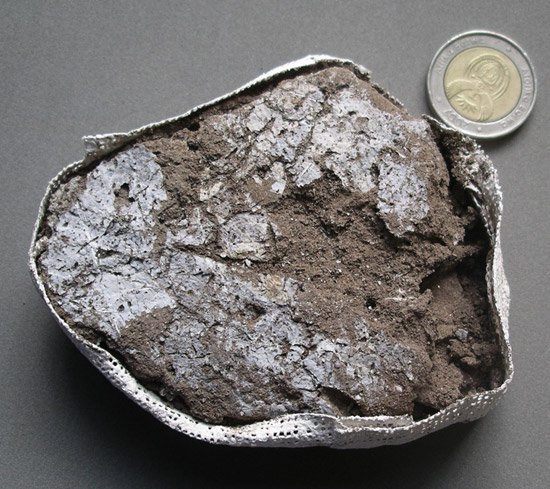 It’s basic makeup consisted of layers of reeds and rushes which were burned periodically.
It was discovered at the bottom of a pile of bedding made from compacted grasses and leafy plants.
Researcher also believe that the mats had an insect repelling “top sheets” made from to the river wild-quince plant, to ward off flies and mosquitoes.
The ‘mattress’ measured 2 square meters, which lead them to believe that they accommodated an entire family (of Kalahari Bushmen) and was approximately 30 cm thick, making it surprisingly comfortable!

Life for prehistoric Hunter-Gatherers was spent constantly on the move. Which means that they fashioned their beds very crudely out of materials such as leaves or mounds of grass that filled small, oval holes in the ground, where they slept in the fetal position.

As if the ancient Egyptians didn’t contribute enough to the world as know it, their contributions did not end with make-up, toothpaste, engineering advancements and written language…we also have them to thank for the concept of a “raised bed”.
Although poor people in ancient Egypt slept on straw mats on the floor, the affluent slept on elaborately carved wooden beds. These were then often adorned with jewels or gold and topped with sheets and a mattress made of wool cushions. Still they hadn’t conceived a pillow yet and made use of wooden supports or stones as head rests.

The ancient Romans made use of something called the Etruscan bed. This was a raised bed usually constructed very similar to how we now make garden furniture, a wooden frame strung with wool and string made of linen.
Mattresses would have been very expensive for the average Roman as they were made stuffed with a mixture of straw, wool and feathers. Because of this, most people simply slept directly on top of the strings.
More elaborate versions of the Etruscan beds were discovered to be made of bronze or other metals, but these were reserved for the wealthy citizens of ancient Rome.

It was at this point in history that people became more elaborate with their sleeping quarters, and particularly their beds, as it was during this time that the four-poster bed first appeared.
Gone were the days of a simple platform with a mattress and along came lavish, hand-carved, ornately decorated beds with canopies, velvet drapes and mattresses stuffed plump with feathers and down. The beds were, at times, raised so high off the floor that the wealthy would require step ladders in order to climb in!
It was around this time that the idea of a soft pillow was conceptualized. A “head sheet”, which in modern times have been replaced by pillow 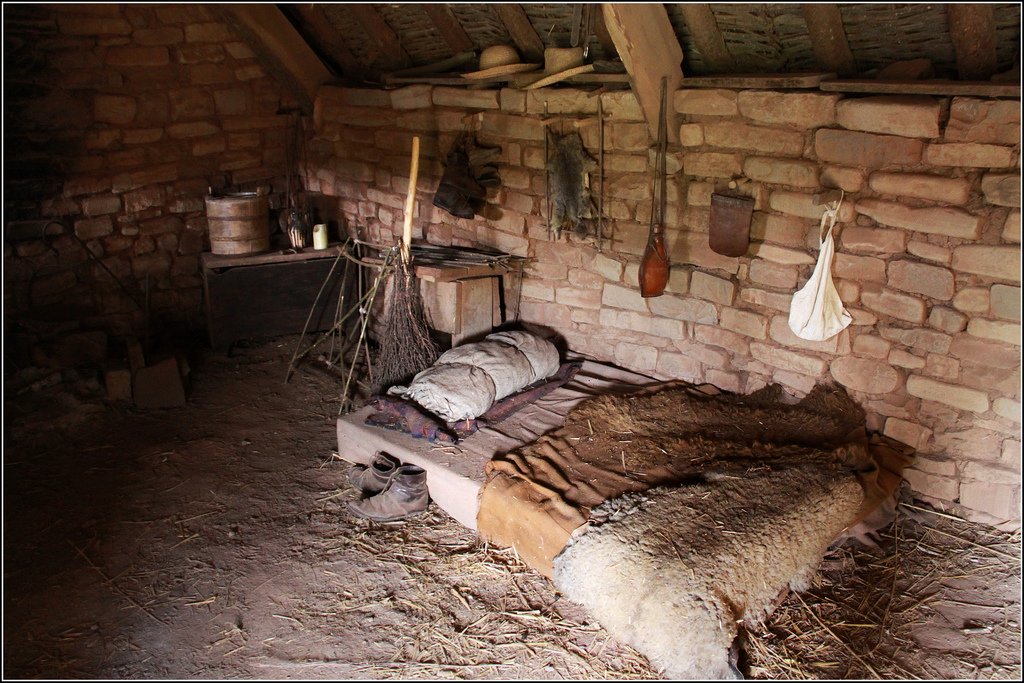 cases, was draped over pillows which lay on top of a bolster; a long, thick pillow that is placed beneath the other pillows for support.
Because these beds were so costly to make, they were usually passed down through generations as family heirlooms.

As a peasant during medieval times, you’d be lucky to have little more than a hay-stuffed bag on the floor to sleep on. A bag that you more than likely shared with your entire family. Not only did your only source of warmth come from a rough wool blanket…the blanket was often infested with lice and bugs, much like your mattress. Hence the expression “hit the hay”. Peasants would literally ‘hit the hay’ in an attempt to shake some of the bugs out of their mattresses.

The last stretch of the Renaissance period was referred to as the “century of magnificent beds”.
Finally there was somewhat of a middle-class, who now were proud owners of four-poster beds as well as an allotted room to house it in! This naturally spurred the affluent on to create even more flamboyant beds. Since the bedchamber remained a popular room to receive company and conduct business, there were no limits on the extravagance that would be adorning a single bed. From ornate carvings, inlaid paintings and colourful trimmings to luxurious fabrics that could enclose all four sides of the bed, when needed.

Although the style of beds took a significant turn for the simple and dreary after the Renaissance period – during the 18th century, four-poster beds surrounded by curtains still maintained their popularity. Beds were still made of wood and the mattress was still suspended on a system of tightly strung ropes affixed to the bed frame. Mattresses were now, more than every stuffed predominantly with cotton, in lieu of hay or wool. The most significant change that took place during this time period was the introduction of metal bed frames.
And with that giant leap forward, the way was paved for the invention of some our favourite sleep innovations like Murphy beds, waterbeds but above all that, the BED SPRING! Which in its infancy was known more for its incessant squeaking than its postural advantages. But luckily this led to the modern-day treasures we know and love, namely innerspring, coil and memory foam mattresses!