Ultimate Guide to Sleep Expressions (The origins behind the phrases)

“Good night, sleep tight” sleeps like a very simple turn of phrase. One most of use on a daily basis.
But is there more to it?
Let look at some of the most common English expressions regarding sleep and whether they do indeed have deeper meanings…

There is a common misconception that the term ‘tight’ refers to the phrase that dates back to the days when mattresses were supported by ropes which would be pulled tight in order to give additional support.

This seems not to have been true at all as the phrase only became common in the latter half of the 20th century.

It and variations of the phrase, such as “Night, night, Sleep tight” have even been used in popular songs throughout the years, for example:
• “Sleep Warm” by Dean Martin – “Sleep warm sleep tight, When you turn off the light, Sleep tight sleep warm, My love”
• “Good night” by The Beatles – “Now it’s time to say good night, Good night sleep tight, Now the sun turns out his light, Good night sleep tight”
• “Lullaby of Broadway” by Ella Fitzgerald – “Sleep tight, baby, sleep tight, let’s call it a day. Listen to the lullaby of Broadway.”
• “Goodnight and Go” by Imogen Heap – “It’s bad enough we get along so well. Say goodnight and go.”
• “Alright for now” by Tom Petty – “Goodnight baby, sleep tight my love. May God watch over you from above.”

Next, let’s look at the ominous “Don’t let the bed bugs bite”

Don’t let the bedbugs bite is latter part of the expression Good Night, Sleep tight. Leading many people to think that the “tight” in the first line referred to tightness of pyjamas or bedclothes of older times. As this was believed to have prevented or at least deterred bed bugs from biting you.

This, of course, is not the case as bed bugs reside in your mattress and their movements would not be hindered by much, due to their microscopic size. 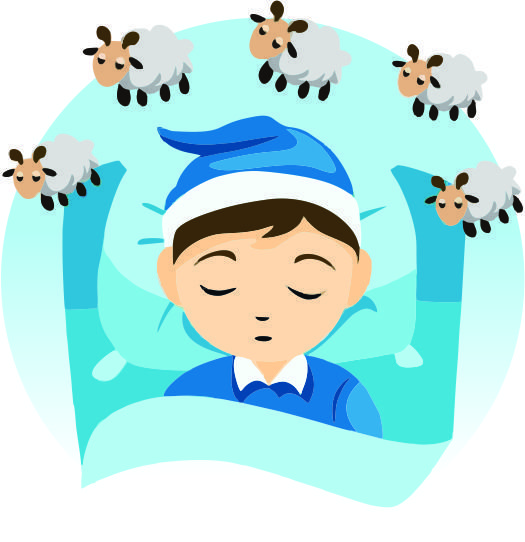 “Sleep with one eye open”

In essence the phrase simply means to sleep lightly, and be aware of one’s surroundings.
It’s true origin is unclear but here are two very interesting notions as to how the phrase may have been coined.
• Greek Mythology – Hera, the queen of the gods employed a watchman named Argus, who had 100 eyes. Because only a few of his eyes slept at any one time, Argus could stay on constant guard day and night.

“They generally do this as a defense mechanism to protect themselves from predators whilst snoozing.”

They also only sleep with only half their brains! And this crosses hemispheres. For example, if the left half of the brain is in SWS (Slow-wave sleep or deep sleep) then the right eye will be closed.

While there have been claims from humans, such as war veterans during combat, that they two experience this phenomenon, this has never been conclusively proven as researchers would be required to recreate an environment of extreme emotional or physical stress. And it seems unlikely that anyone would be willing to sign up for this research simply to prove that monocular sleep is possible in humans.

“Even though insomnia predates the sheep counting approach by far, this distraction technique has a recorded history dating back to 1854.”

Written accounts of this practice can be found in books like Disciplina Clericalis (circa early 12 century) in which the storyteller to a King was feeling tired and weary when the king demanded more and more bed time tales. The storyteller’s solution was to recite a story that would include having the King count sheep.

Another account was early seventeenth century book Don Quixote, in which the Don’s squire Sancho told a long drawn out tale in an effort to get the Don to get some rest before facing an “unheard-of adventure”. Although, in this rendition, the sheep were replaced with goats.

To catch fourty winks in the British version of its more traditional American counterpart of ‘taking a catnap’.

“It refers to having a very brief sleep during the course of the day in order to rejuvenate yourself for the remainder of the day’s tasks.
In a way similar to what cats are known to do.”

The oldest written account of this phrase was from 1821’s Self-help book, The Art of Invigorating and Prolonging Life, by Dr. William Kitchiner M.D.
An extract from which reads:
“Is it not better Economy of Time, to go
to sleep for half an hour, – than to go on
noodling all day in a nerveless and semi-
superannuated state – if not asleep,
certainly not effectively Awake – for any

Purpose requiring the Energy of either the

Body, or the Mind.
“A Forty Winks Nap,” in a horizontal
posture, is the best preparative for any

Extraordinary exertion of either.

Does sleeping make one “more” beautiful?
Naturally the idea of going to sleep looking like Igor and waking up Catherine-Zeta Jones is implausible but there is actual scientific merit to the notion that a good night’s rest does have a significant impact on your physical appearance.

Since your body repairs itself while you slumber, there is a list of a beauty benefits, such as:
• Fewer wrinkles due to the increased production of collagen
• Glowing complexion as a result of increased blood flow
• Less puffy, brighter eyes (this is assisted by elevating your head with an extra pillow)
• Shinier, more lively hair (sleep decreases stress and stress is a leading cause of hair loss)

Sleep is the subject of many idioms and phrases throughout history…cementing the importance of being well rested. Make sure that when you do it, you do it well!